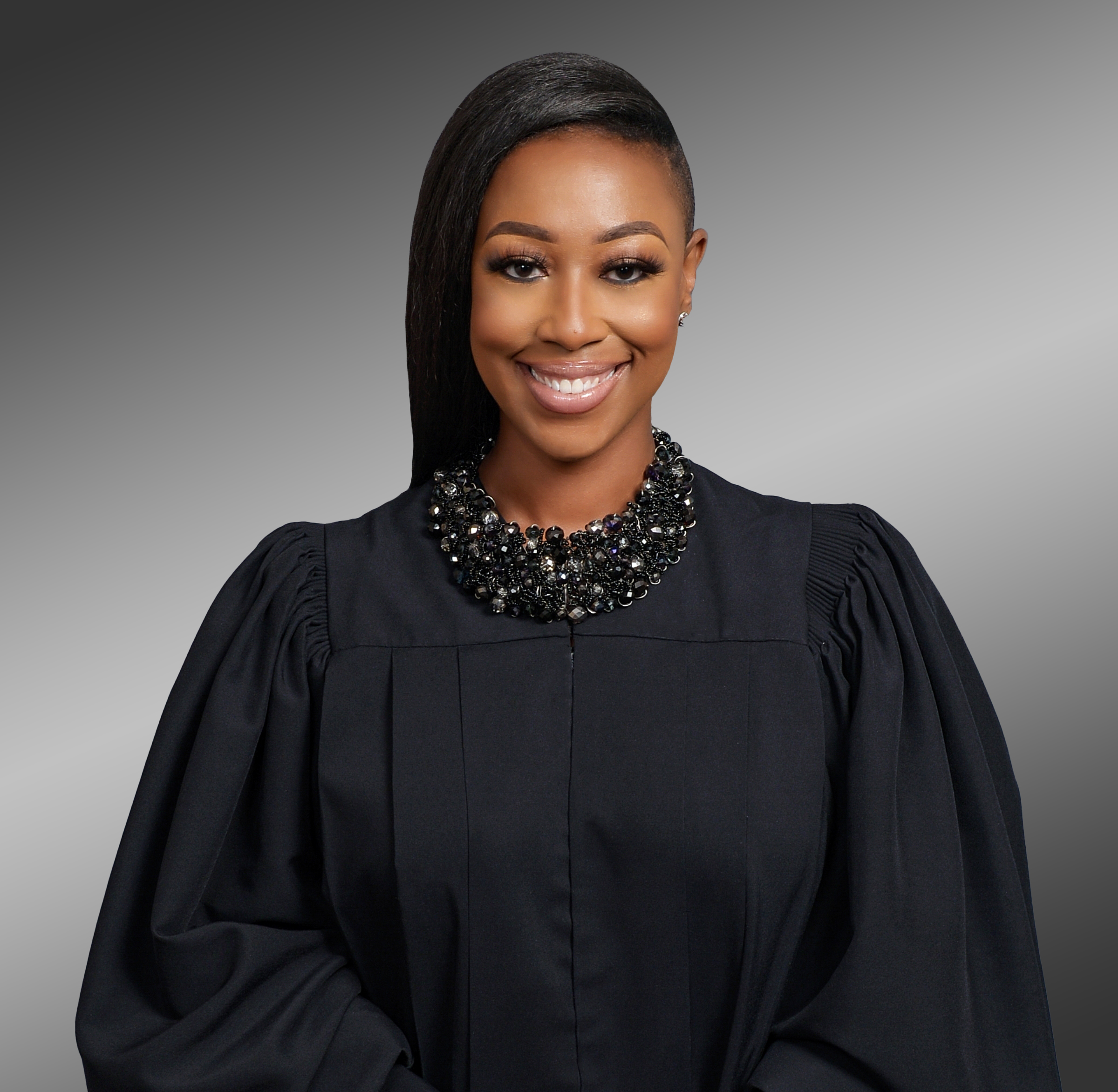 Judge Amber Givens is a dedicated public servant. She currently presides over the 282nd Judicial District Court in Dallas County, Texas.  Before taking office on January 1, 2015, Judge Givens served as an Assistant District Attorney in New York and Texas for eight years.  She received her Bachelor of Arts Degree in Political Science from Tuskegee University and earned a Juris Doctor Degree from the Syracuse University College of Law.

Judge Givens believes that everyone is entitled to a just and fair system; which is evidenced by the two programs she has implemented since taking the bench.  Both the Word of Mouth series and Empowerment Program have been featured on KDFW Fox4.  The Word of Mouth series gives the public access to the inner workings of the criminal justice system and demystifies the system.  The Empowerment Program is designed to equip probationers with the necessary support and life skills to successfully complete probation.

Judge Givens' public service extends beyond the courtroom as she serves on the Advisory Board of the Oak Cliff Boys and Girls Club, the Dallas County Juvenile Board, and the Advisory Board of the Dallas Women Lawyers Association amongst other organizations.  In 2015, she was elected as a Texas Bar Foundation Fellow.  Each year the top 1/3 of 1% of Texas attorneys are invited to become Fellows.  This is the highest honor that can be bestowed upon a member of the State Bar of Texas. Most recently, Judge Givens was awarded the honor of being selected as the Dallas Association of Young Lawyers Outstanding Mentor for 2020-2021.